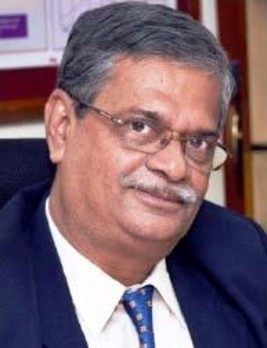 With deep regret and profound sadness, we would like to inform our members on the sudden and untimely
demise of Dr. Arun Kumar Bhaduri on 27th April 2022, at the age of 62 years. Late Dr. Bhaduri was the
Past President of The Indian Institute of Welding (IIW-India) from 2017-2019. Professionally, he served
as the Distinguished Scientist & Director, Indira Gandhi Centre for Atomic Research, Kalpakkam, Tamil
Nadu and superannuated in August 2021. He also served as the Member, Board of Directors; Member-
Editorial Board, Welding in the World; Member, Technical Management Board and also the Vice Chair of
Commission-II of the International Institute of Welding (IIW). Late Dr. Bhaduri has been actively involved
with industry, government, education and research activities for almost 40 years.
Alumni of Indian Institute of Technology, Kharagpur, Dr. Bhaduri completed his Graduation in Metallurgical
Engineering in 1983 and joined Homi Bhabha Atomic Research Centre. From there he was awarded the
Homi Bhabha Medal for being the overall topper and joined IGCAR, Kalpakkam. Consequent to his
Superannuation in 31st August 2021, he was also the Senior Professor of Homi Bhabha National Institute.
He has made significant contribution in attaining substantial growth of the institute through expansion of
activities in several verticals, particularly in the field of enhancement of R&D Work in Welding. He also
took initiative in supporting IIW-India during establishing ANB & ANBCC Divisions of the Institute. Late Dr.
Bhaduri also actively represented IIW-India at numerous Annual Assemblies and International Congresses
of the International Institute of Welding outside India. He has been awarded as the FELLOW of the
International Institute of Welding in 2021.
He has been largely successful in establishing professionalism in the functioning of the institute and was
truly the livewire of IIW-India in International arena. He was the recipient of numerous awards and was
a Technical knowledge base of the Institute. He was awarded ‘IIW-India Golden Jubilee Welding Ratna
Award’ in the occasion of Golden Jubilee Celebration during 2016.
He got a massive heart attack on 27th of April 2022 afternoon from which he never been able to retrieve.
He left behind his wife, son, daughter and a number of students in India and abroad.
Our sincerest condolences to his family members in their hour of grief and we pray for them for their
strength and courage to tide over this irreplaceable loss. His untimely demise is a great loss to the Institute
as well as to the nation as a whole, and he will long be remembered by the entire IIW-India family.
May his soul rest in peace!